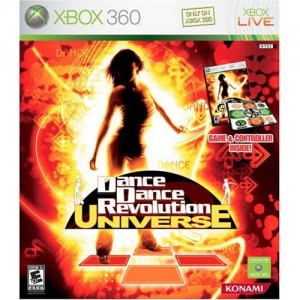 So a month or so ago I bought Dance Dance Revolution Universe from last year for the Xbox 360, to be able to play with a friend in London over Xbox Live. I’ve played DDR games for several years, but he was as good as new to the genre.

Here’s a list of what I found broken when playing online.

If this wasn’t enough, I found other things with the game that put me off.

Summary: This will most likely be the DDR game I play the least as of yet. Thumbs down! And here I thought I would get a Nextgenâ„¢ game where everything would go beyond my expectations, but I got the exact opposite. 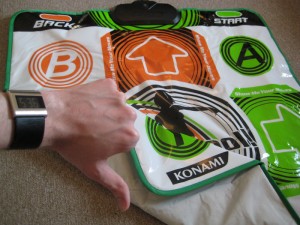 One Response to DDR Universe, what happened here?