Stuff: Trampoline! Next step is flying!

I’ve dreamt about having a large trampoline since forever. When I was a kid my family had a tiny one, and we bounced quite a lot on it, but again, it was really tiny. I’ve seen these fairly large trampolines on several lawns for many months now, and in my head I subconsciously decided that I would someday get one of my own.

Today I was out shopping with my family, I was helping them pick up a freezer they bought online, and was going to shop around for various other things as well. As I goggled the list of offers at a cheap all around store I saw it. A 2.4m diameter trampoline for 995 SEK. That’s currently $166.5 or €85. (the US dollar is crazy cheap compared to the Swedish Crown right now, and has been for a while…)

Instant buy! I even picked up a bright red dolly to cart around the box with. Actually, I had pre-decided to get a dolly as well, ever since I carried my bike home from the post office, that really hurt my arms! This just ended up being the perfect timing! 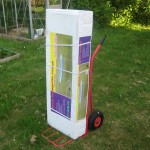 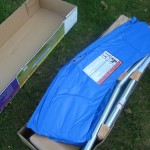 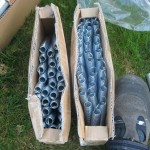 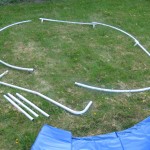 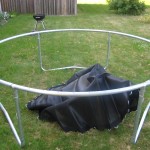 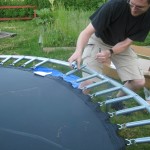 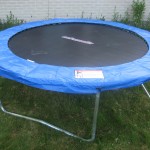 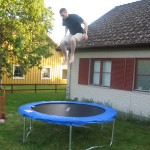 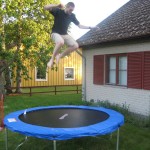 Ah, I want to go bounce a bit more right now, thought it’s late! :3 My back will probably be a few decimeters shorter after summer.

One Response to Stuff: Trampoline! Next step is flying!