Posted on September 3, 2008 by Andreas Aronsson

When I title my figures I use the first word that comes up in my head. For this one did I think about a submarine as I think are fascinating, not sure if the design caused me to think of it or if I had that design in mind because of thinking it… Anyway, that’s what it ended up being named after.

When named, I stick with that title until I post it as I use it to name the working folder and all files associated with the figure. The final images themselves have no title embedded in them though, as the current titles in reality are working titles. If I ever print these, they will probably get new titles. 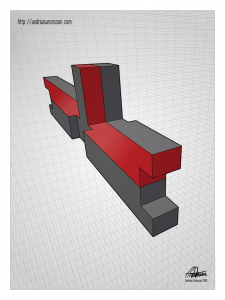