This Wednesday I borrowed my parent’s kitchen yet again, to bake something for my work colleagues for today, the Friday coffee break; it was my turn to supply the goodies. Previously my specialty has been gigantic wheat buns, to everyone’s delight, so this time I figured I would change it up a bit.

Instead of making the buns three times the normal size I stuck with only two times, as the triple sized buns scared a few people to cut them in half. To keep it interesting though, I mixed caramel color into the eggs I brushed on the buns before baking them. The result ended up both amusing and terrifying. Contrary to my first intentions to just make fun buns, they probably ended up with an even greater scare factor compared to previous buns.

The reactions were mixed. A few comments I remember…

At least one person did not dare take any bun at all, due to the colors, but he should have looked closer! There were completely uncolored natural buns there too, and there was one left when I cleaned up!

I had five buns of each color with me to work, with six colors times five it makes 30 buns in total. There are 20 people that should have been there, but I know at least one is away and another skipped his bun so there should be 12 left, but there were only 10! The leftover stats are…

Funny enough the green ones were the winners, with all of them consumed! Their discreet coloring made them appear infused with green marzipan, which would have been more luxury than the natural buns and perfectly connected to preconceptions in contrast to the other colored buns.

Below is an oversized pool of photos from the entire process and the results. 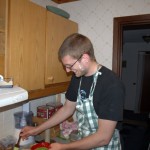 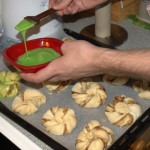 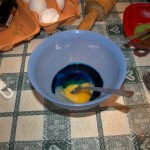 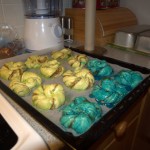 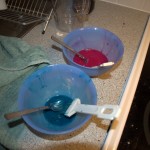 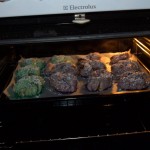 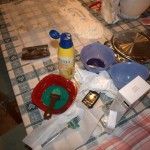 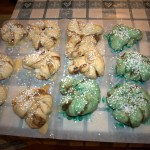 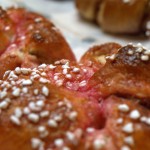 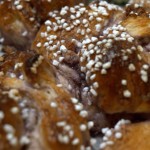 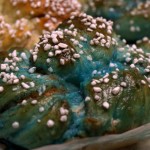 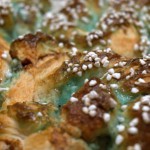 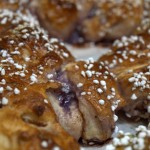 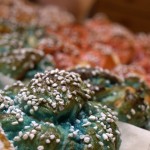 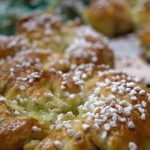 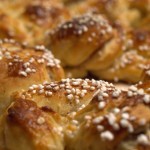 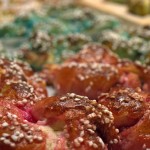 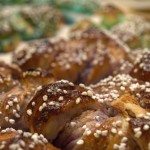 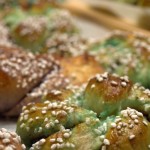 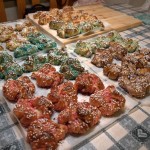 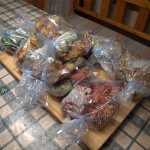 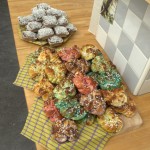 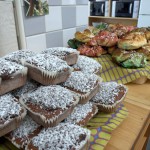 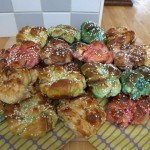 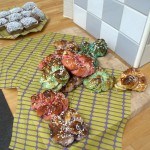 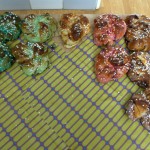 Extra: As an experiment I put the most unpopular buns, the purple ones, outmost when storing them in the fridge. People like to have something for the afternoon, and I figured I would see which ones would be eaten! I even put the only uncolored bun left at the bottom of the plastic bag with red buns. The bags are all transparent so it is easy to tell what is inside. To my surprise all three purple buns were gone! It seems ease of access goes beyond icky color, at least in this case :)