While looking for a good mike to record my voice with for videos (still getting there) I bumped into a Youtube clip where a similar mike was mounted on a swimg-arm desktop light. Of course I had to do the same thing when I got mine, the Samson C01U. A few weeks back I finally visited IKEA and picked up the very cheap TERTIAL lamp. To get it to do what I wanted I did the following:

Actually there was a bit more work to it than what I listed, but that was mostly because I did not know how go at it at first. In the beginning I tried to remove the light by dismantling it with the cables intact but as I could not figure out how they were attached to the light socket, without breaking it apart, I ended up cutting them anyway. Then I tried to file down the plastic retainer bit, but it took forever, and finally I resorted to a power drill which worked almost too well. The end result did not look very nice, but when mounted it is hardly visible. Below are pictures from the short process and the final result! 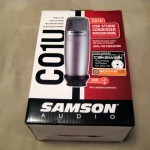 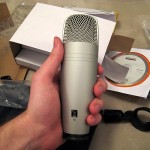 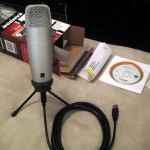 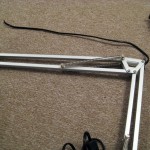 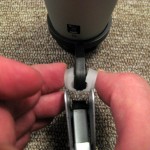 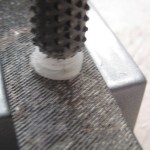 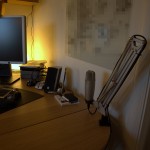 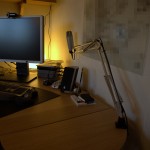 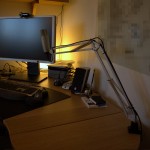