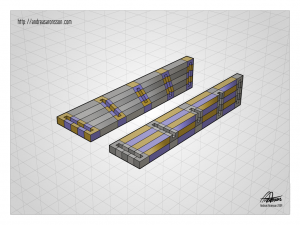 This is a pair of blocks that without moving turns from being flat on the ground to standing up, both in their own individual way.