Posted on November 26, 2009 by Andreas Aronsson

I decided to get a new camera as my old camera was becoming glitchy and awfully worn. Like normal I set up a large table of models I were interested in and weighted the pros. and cons. that were apparent. Then I spend time reading reviews and looking for sample images for the top models I picked. Finally I go to a store to actually hold one and optimally get to try it out. Sadly for the store I was at they only had the display camera left, and I would not get a rebate on it, so I checked around in other stores but finally ordered it online, like with most other things I buy. 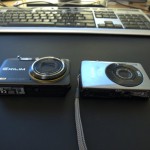 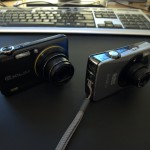 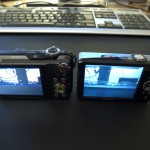 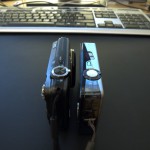 As you might have figured out I bought the Casio Exilim EX-FC100. Above I said I read a few reviews before getting this camera, and as I have used it for a month I figured I wanted to post one myself detailing my experience. Most of the things I comment on is naturally in comparison to my older and smaller Canon Ixus 75, and in reality I am not sure if you can call this a real review, but at least it will give you some idea of what I find good or bad. If you do wonder about camera or why I bought it that I have not mentioned you can leave a comment and I will try to answer :)

Notes on how to use the camera for greater enjoyment…

Am I still happy that I bought this camera?

Oh yes. I have had a great time so far with the high speed features, it is very interesting to record whatever you come across in slow motion to see if you can find details you otherwise would not have noticed! A very nice thing to experiment with if you get bored anywhere :) It also feels fresh to always carry a camera that can record in 720p. Sure there are a bunch of things I would have done differently, but right now I do not develop or manufacture cameras, and nothing so far is a deal breaker.

The image stabilization and larger zoom gives the camera more versatility than my old one. You can set the stabilization in demo mode to see what difference it makes, and I have to say that I am not buying another camera without it. Which makes me ponder if I should replace my E-410 body with one from the E-500 series…

The Exilim is actually not that much larger than my old camera, it still fits into my old camera bag without problems. It is not as slimmed as it has things protruding from the chassis while my Ixus pretty much is a metal box with flat sides.

You will see images and videos from this camera on this blog in the future, as it has replaced my Ixus as the camera I always carry with me, as a starter I am embedding a street performance a friend did a while ago recorded solely on this camera, also available at YouTube.com. The HD footage is a bit shaky as I recorded it while zoomed, but it is watchable.