Posted on December 31, 2009 by Andreas Aronsson 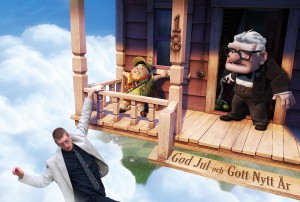 It appears I am following a theme with my Christmas cards. This year I picked some suitable pictures from Pixar’s latest movie Up, again supplied by /Film, and I did a similar job as last year. The final picture is actually my second montage this time around. I made the first montage with photos taken in my apartment. I was not satisfied with the end result so I swapped the background and started over the next day, then outside.

On december 13th, a Sunday, I went to my parents place and placed my DSLR on a tripod on the roof of their garage and had my younger brother trigger it via an RF-remote. It was chilly outside, around 0°C, though the days after the temperature went down to -8°C so I was lucky to get it done the day I did! 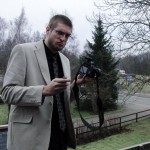 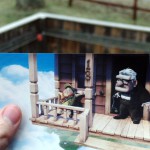 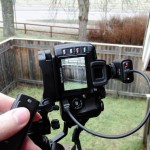 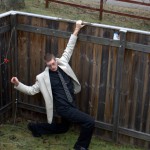 After thawing my hands and looking through the pictures to ensure I would have something usable I went home and started working on fitting myself into Up. First I extracted myself from reality and put myself in the background. I decided my hand would not fit so I extracted one from another photo and transplanted that onto my arm. I adjusted colors and sharpness, added shadows and clouds and finally the text. I also decided to add some glow to make the image seem more genuine, to soften up the edges between me and the background.

The editing was actually spread out over two days, Monday and Tuesday, this because working full time sadly leaves me with little time to spare for my creative activities. The Swedish mailing service had the 16th of December as their deadline for mail that should be delivered before Christmas Eve. This had me frantically print the cards and write a personal message on each after work that day. Then I ran off to the store to buy stamps and drop them into the red Christmas mailbox, they had not emptied it yet so I was in luck! I actually got to send some of the cards the day after as I had not gotten my hands on all the addresses on time, but they also made it in time, interestingly. 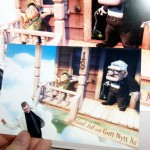 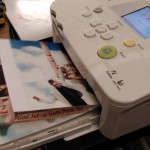 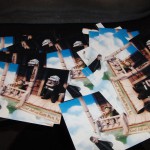 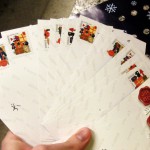