Crappy Aiptek 3D i2 is Crap 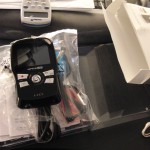 Update: The 16th of September Aiptek released a firmware update to fix the frame-rate issue. Sadly I had returned mine before I could try the update, and seeing how the product was working out of the box still says something about the quality assurance!

I am quite interested in stereoscopic media, and I have been so for a very long time. Even then I have not yet ventured into the field of content creation, but I have plans! To soothe my fascination with S3D pictures and video I put down an order for the Aiptek 3D i2 as soon as it came in stock, this because it is a very economical purchase, at least compared to the Fujifilm Real 3D W1 which I will mention further down. The i2 camera showed up a few days later and I went to pick it up. It did feel a bit plasticky but not totally bad. It was already getting dark outside as I had spent the day out of town so when tried it and noticed a very sluggish framerate I assumed it might need a bright sunlit day to work properly. This was very positive thinking on my part, but I had a tiny suspicion. The morning after me and the 3D camera went out into the brilliant sunshine, and to my dismay the camera still recorded a stuttering video just like the day before. Sure it has two very small lenses and it is a cheap brand, but the specifications says 720p in 30fps, so I was quite disappointed! I decided to check how low the frame rate actually was. Back at my computer I took a closer look at the recorded video files. The camera sure saved in 30 fps, but many of the frames were the same, making it appear to have a much lower frame rate at playback! When I ran it through a video converter it reported how many unique and total frames it had: 136 unique frames out of 1360 frames in total. That is only 10%! This means the effective frame rate is  3fps instead of 30 fps! This of course was unacceptable and it had me promptly putting that test video on Youtube. To see it in the 3D player you need to click over to the site.

Of course I deemed the product to not represent what was advertised and I asked if I could return it. I got to pay for shipping it back as it was not broken, just not up to spec, and now they have finally approved a buyback so I will get my money back! I still ended up a bit unhappy as I was naively thinking (even though I knew Aiptek to be a low quality brand) that I would get a nice solution for spontaneous S3D content creation. Apparently it was not to be! Update: For your reference I have also attached a few pictures taken with it. The noise levels in a dark room are quite horrible, but not as apparent here as I have scaled the images down. In daylight it actually works as well as my digital camera from six years ago, except that each image gets slightly different color, you can easily see this in the road picture. 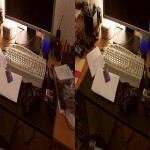 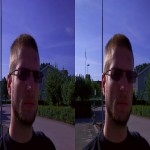 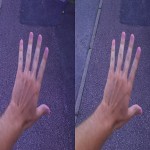 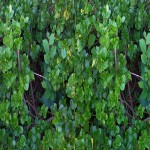 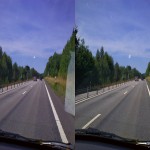 About the Fujifilm Real 3D W1; I was very hyped for this product when it was first announced but as it was quite expensive and practically impossible to find in a store for testing I did not spontaneously buy it. I finally did get a hands on experience at a photographic fair, and even though it’s a solid piece of hardware I am still not buying it. This mostly because the 3D screen does not work well for me at all; it works by shifting the display back and forth beneath a parallax barrier so  each eye gets 30 fps 60 flickering Hz individually. A static parallax barrier display would probably be more comfortable due to the light being constant. Also, the buttons to control it are very unintuitive as they have two commands and you have to tilt them one way or the other, all of them. I really liked the general concept but I wish Fujifilm would make a revised model with a different screen, new interface and buttons and a better movie mode. And to keep the price down they could also skip the optical zoom as it probably messes up the baseline anyway. That’s what I think!

17 Responses to Crappy Aiptek 3D i2 is Crap