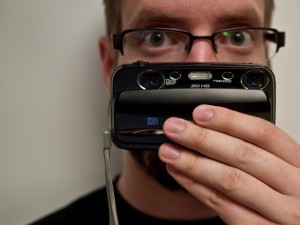 Late last year I ordered myself a Fujifilm FinePix REAL 3D W3 – that is a really long name so from now on I will only call it the W3! I have had plans for building a 3D photo rig since more than a year back, ever since I managed to end up with two GF1 cameras, but in the end the W3 was released before I could get everything planned and executed. I totally blame my stressful job for that. I might still make a 3D rig but I would rather buy a better integrated 3D camera :)

This review, if I can even call it that, will be a bit unusual. I began writing about this camera as an open letter to Fujifilm with comments about improvements and a sort of wishlist for future 3D cameras, so most of what I want to say is already in that document! It seems logical to just link it, so, here it is: FinePix REAL 3D W3 – Open Letter.

Update: Fujifilm actually replied to my email linking them to my open letter :)

Dear Mr. Andreas Aronsson,
Thank you very much for kind interest and suggestion on Fujifilm products.
We will try to refer your suggestions for the future products. But, please allow us that we cannot confirm whether your idea will be available or not.   Thank you for your cooperation in advance.

A second document I made back in January was a comparison of the W3 and another of Fujifilm’s compact cameras, to see if the W3 was worth the same as two of those: FinePix REAL 3D W3 – Worth two cameras? In this document the red represents a loss, green a win, yellow a tie and gray signifies identical specs.

Something I want to clarify is that the 3D in that is pushed to consumers today is most often what is called stereoscopic 3D. Many people who I have shown the camera to will move their head around to see if they can look around objects in the picture, which the cannot, then it would be a holographic camera! A stereoscopic camera takes stereo photos, that is two pictures at once, which means that you get a static stereoscopic image with only one vantage point. Does this make it dull? I don’t think so, being able to perceive depth in pictures is really quite awesome!

When showing pictures pictures in review on the screen to people they are often amazed and intrigued, but sometimes they get freaked out instead. Some people don’t want to look at the screen because it makes them feel weird, it does strange things to their eyes. I was pondering just why this was happening, and eventually I came across this article titled: Why 3D doesn’t work and never will. Case closed.

Basically it says that people will get strained and feel uneasy because our eyes converge at things that seem to be behind or in front of the screen while we still focus on the screen surface. The convergence is off due to different pictures being delivered to each eye, the basic principle behind depth perception, this is why 3D images get depth when being looked at. Read the entire article for a better and more in depth explanation!

So, after this information bomb, what do I really think about the W3 camera? I think it is very well worth the price if you are curious about 3D photography. It is a very easy step into the world of 3D photos that previously required you to build your own custom rig and invest time in learning the process of taking and editing your pictures. With this integrated solution you can experiment like crazy, much because of the awesome lenticular screen that makes it really easy to see what works in 3D and what does not. It has easy controls for adjusting the parallax and an interesting advanced 3D mode with which you can create macro and landscape pictures. The hardware itself is very well built and it feels solid.

Below is a selection of pictures that I think ended up interesting for one reason or another. I have used the free StereoPhoto Maker to convert the image pairs (stored in .mpo files) into red-blue anaglyph images. You need classical red-cyan stereoscopic glasses to see the pictures as intended. 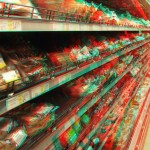 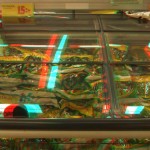 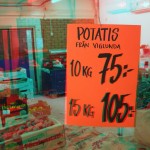 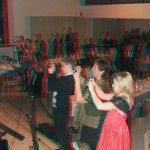 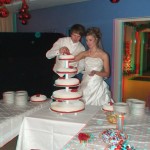 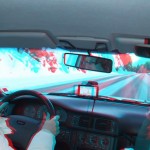 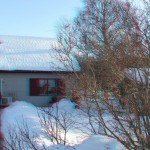 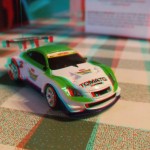 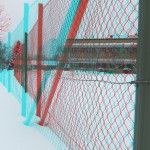 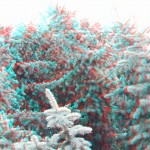 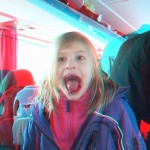 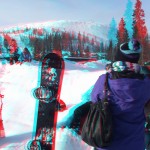 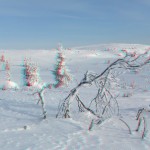 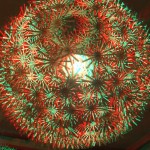 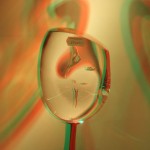 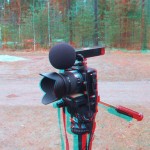 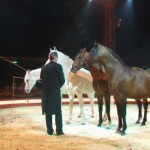 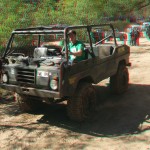 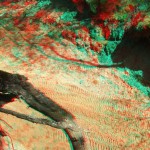 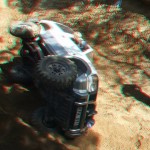 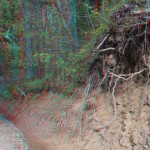 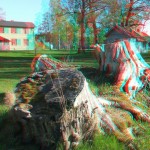 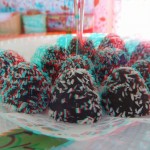 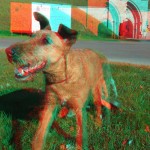 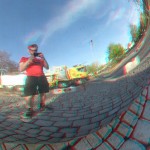 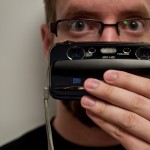 There are a few downsides to the camera. The image quality is not spectacular, but that is to expect as it basically is two cheap cameras bolted together. It would be much more usable indoors if you could attach an external flash via a hot shoe, the integrated flash makes dust reflect light into the lenses as it sits too close to them. The battery life is quite short, but I was able to find original (they claimed at least) batteries on eBay really cheap, so I solved that problem. There are a few other annoyances, but you can read about those in the open letter document!

If you are considering getting this camera but need one last motivation just look at the predecessor, the W1! It had clunky controls and a parallax barrier screen that hurt at least my eyes! Plus, the W3 is very cheap compared to the original price of the W1! I was very hyped about the W1 but the price was not really justified compared to what you got. With the W3 I think it’s a great deal :)

3D content itself is pretty straight forward, it all comes down to one picture per eye, but displaying it is a different story. What you will end up doing first is show people pictures and movies on the camera itself, as the big screen on it is again really quite awesome. But eventually you will want to show pictures to many people at once, on a larger display. There is a viewer that Fujifilm sells but it’s quite expensive and does not support the videos from the W3, only the W1, or you could send your pictures to Fujifilm for printing but that is also quite expensive. The next step up is an actual 3D television using output from the camera or a 3D enabled computer, but this is quite expensive and if it uses active glasses you would have to invest in one pair per viewer too. This is one reason why it feels like you are taking pictures for the future, a future that hopefully holds cheap 3D displays for everyone.