The concept behind this impossible figure was to combine two variants. It both has an impossible construction and surfaces that change direction or vanish into thin air. It was really quite bothersome to piece together, all the internal relationships were hard to keep track of! 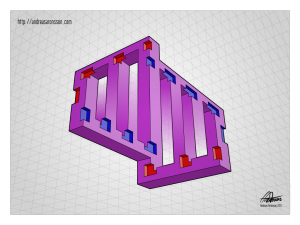