I Love My GoPro!

Posted on November 15, 2011 by Andreas Aronsson

The post title is also the name of a contest held by GoPro! Entrants get to caption four photos and/or creative entries and submit them for a chance to win an HD Hero 2 including mounting accessories. The top spot out of the top ten in each category also get a sponsorship, but that is entirely judged by a jury, that is later. First you have to get into the top ten that wins a camera :)

To sort out the finalists there is currently a public voting period where participants get to fish for votes in any way they can. Voting is done via the Facebook app so you need to have an account there. When you vote you get to sign in, and as that has made some people hesitant I contacted GoPro on their fan page about it and this is what they said:

You need to login to vote because otherwise it’s too easy for vote fraud to occur. We just want to keep things legit. We promise not to spam anyone.

I don’t think you have to worry about your privacy or personal information, and I GoPro has been very good to me when it comes to support etc so I trust them :) In any case, I submitted four photo entries which are displayed below. Sadly I didn’t have time to complete any artistic entries but photos would have to do. 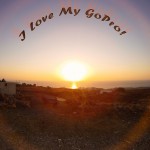 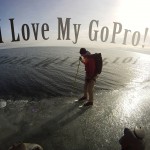 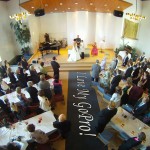 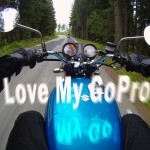 There are only two more days of voting left, it ends the 17th, so don’t hesitate ;) To fish for votes I spent quite some time yesterday chatting with people on Facebook which I hadn’t contacted in a long time. I have to say that this is something I should do more often, as I got quite a few nice exchanges.

As anyone who knows me can vouch for I’m awfully bad at keeping in contact, for some reason, I mostly get around to it if I have an actual inquiry to the person. It did feel a bit awkward to start most conversations by asking for a vote though, it’s totally not my style to ask for favors as a very manly manage-on-your-own man, but there are a few circumstances here that drove up my motivation. Allow me to elaborate.

If we read the official rules page we find the following text in section 2. Bolds added by me.

Entrants may submit entries in the following two (2) categories with the entry form (each such entry deemed a “Submission”):

a. Submit a photograph (not a frame or screen grab) taken by you with a Sponsor camera (an “Entry Photo”) that made you think about Sponsor camera, We want to see that epic moment, the photo that you showed all your friends, that photo you could only get using a GoPro camera. Photo must be captioned “I Love My GoPro!”; or

b. Submit a GIF, JPEG, PNG or other supported digital ?le of an original work (such as a drawing, painting, sculpture, or the like) created by you that depicts a Sponsor camera (an “Entry Creative Work”) that you believe demonstrates what is unique, inspiring, and/or awesome about Sponsor’s products, fans, or the images they produce. Entry must be captioned “I Love My GoPro!”;

Each Submission that advances to the Final Round (defined below) will be judged against the other Submissions in the applicable category as further described in Section 5 below.

Submissions will be accepted only during the Submission Period. Up to four (4) Entry Photos and/or four (4) Entry Creative Works per person, household and/or email address are permitted, however, Submissions must be made all at one time as a single upload. Entrants submitting more than eight (8) total Submissions may be disqualified.

This is interesting because the majority of the submissions fail to meet these requirements. There are numerous photos that are clearly screen-shots or grabs; some even contain the media player or the entire OS, some are clearly not shot with a GoPro and almost none of the photographs has been captioned “I Love My GoPro!”. Actually, hardly any of the creative works have a valid caption either. There are also people that have submitted more than four photos.

In section 3 we can read:

c. If a Submission does not meet the criteria set forth herein, Sponsor will disqualify and discard the Submission either immediately or at any time during the Promotion.

This means that I probably have a fighting chance :) which is why I go to some lengths to gather votes, thus also, this blog post.

In closing, to be honest, one of my photos most likely does not meet all the requirements either. You are supposed to have written consents or releases for the people that can be identified in your submissions, and I think it will be hard to get that from everyone in the wedding picture. I do wonder when someone is seen as identifiable thuogh?

Thanks again if you voted for me :) It will be interesting to see how this goes!

One Response to I Love My GoPro!