Shooting from a Motorcycle

Posted on November 24, 2011 by Andreas Aronsson

This is an idea I got just when I had started practicing riding my motorcycle. The motivation was a contest on a site where you submitted a photo project you wanted to do with the camera you could win.

As my head was filled with motorcycling my project naturally ended up being to drive with a camera on the bike. The concept would be to take long exposures where the instruments and the traffic ahead of me were  sharp and the rest blurry streaks, showing the speed. At that point I had very little experience so I did not realize how much a bike vibrates or moves when you are riding it.

In the end the contest was won by a person who was going on a trip to Norway, and needed a camera to document the trip with. That sounds a bit more interesting than my project, or at least larger. At this point I had already bought a suction cup mount and gotten my motorcycle license(!!), so why not do it? The results were mixed, the video below show you how it went. If you watch it on a computer you use a button to skip the first half, a half that might not be so much about the project, but it was what I remember the most from the endeavor :P

I think the pictures are at least a bit interesting, they work to look at because the lights are kind of sharp while the rest is not. You can find the pictures with exposure information and comments below! All in all it was a fairly frustrating experience, but I learned a few things from it ;) 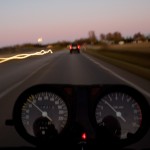 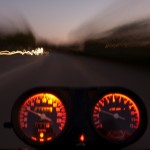 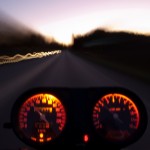 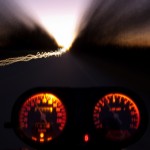 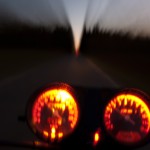 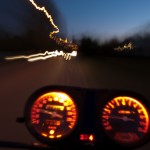 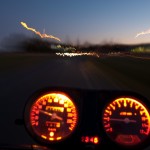 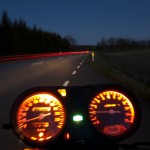 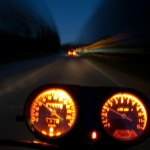 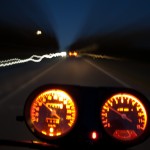 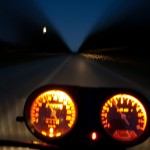 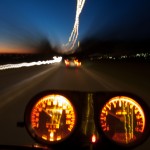 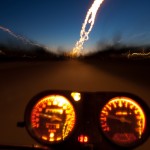