My previous employment was as an IT manager at a local process manufacturing facility. I got hired at the end of 2006 as an IT tech guy to help offload the current IT manager as he had been working alone since the previous IT guy quit a few years back. A long process with the union made it impossible to hire someone new earlier than that.

After almost two and a half years the original IT manager quit to instead work at the central international office, the factory is part of a large company group, which resulted in me becoming the only IT employee left. This change greatly increased my stress level and workload and didn’t leave me with much brains left at the end of the workday. I cannot say it was very enjoyable but I accepted the challenge.

After almost 20 months the previous IT manager actually came back to our local company, but in another role where he would take responsibility over reports and decision support processes. In the end I still made up the entire IT department. As a reference this company last year had 220 employees, not counting temporary personnel, and sold for 625 million SEK.

Perhaps not a huge IT environment, but when you support every other office worker, the production team, the maintenance department, and everyone else in their computer use as well as doing all the equipment repairs, installations, purchases etc, I can tell you it’s enough for one man. I have two full sheets that in list form describes what I was responsible for and maintained.

Early this year, after I had been with the company for more than five years running, I carefully shuffled into my boss’ office, closed the door behind me and promptly resigned. No hard feelings, I just felt that I needed to do something else. I did have a hard time imagining myself sitting in the same office for the rest of my life, at least this early in life. There was time for change.

I still stayed with the company for two and a half months, longer than legally required, so they would have time to find a replacement. They did put out an ad but eventually they just got the old IT manager to retake his old responsibilities, things he hadn’t done in five years. I wonder how they talked him into that…

Anyway, it all is a bit wonky. First I was employed to offload the previous IT manager because he was alone, then I was left working alone, and then when I quit they let him work alone again which was what they tried to avoid by hiring me in the first place. As a natural result of this I’ve been helping them since I quit by answering their calls close to fifty times and even by working a few hours here and there.

During my last month of employment, when I figured things would slow down so I could clean out my office, I had no time at all to do that. As they weren’t going to get a replacement I got to do as much as possible while I was still there. This left me cleaning out my office the weekend after I had worked my last day, but as I got to count that as overtime it was all fine :)

Below you’ll find a video and photos of my office cleanout, it was not really a conscious plan to empty it to that degree, I just naturally left the office looking as close to the way it did when I started there five years earlier. For some reason it just felt like how it should be done. 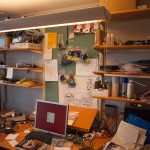 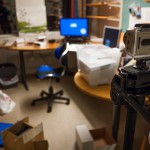 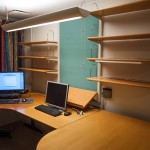 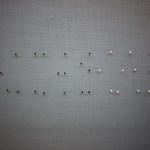 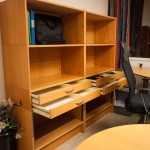 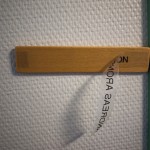 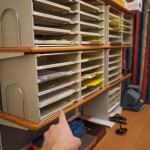 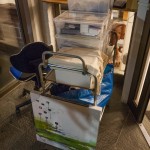 I have some plans for the future, but I’ll bring that up at a later time!

Update: I do realize the title is a bit backwards, as this really was the end of something. But to me it feels like it is the start of something instead.

2 Responses to A Fresh Start