The Secrecy, the Pain, the Happiness!

When I started my last year at the Gymnasium back in 2001 the school began offering driving classes, both theory and actual driving, as a part of the normal education. Naturally I started reading there too early so I could not add it to my schedule, I even made a special request but was denied. All my classmates had taken their licenses already, the normal way, while I had spent my summer job money on a computer (hah) instead, as that was what most important to me at the time I held the money. Most of my younger friends got their licenses with help of the new system, of course.

Later, still without money or much motivation, I tried to do the driver’s test without really knowing anything or taking any classes. It was chaos in my head, of course I could drive, that’s not the hard part. The problem was that I did not know how you should be driving, almost no clue at all about laws and stuff. In addition to me starting to question everything I thought I knew about driving I also got a very scary examiner. Stress levels rose so high I got tunnel vision and miserably failed, the first and only time I have experienced tunnel vision, not recommended.

A while later I figured I would take some real classes, but eventually never took the driver’s test before my old theory test ran out, which it did while I went to the US and Canada with a friend. After this it was put on ice indefinitely.

The plan was formed

Early this year a friend suggested I started driving with him, actually the same friend I had traveled with across the pond, as he then had had his license for five years. The detail we missed was that he was not old enough, but the conversation had got me plotting on a plan. In April I secretly booked a one week crash course for a driver’s license.

In June I took the first mandatory class about drugs and sleep deprivation, and a week later I had my younger brother drive me, on his birthday even, to the mandatory skidpan driving practice. We camouflaged it as Geocaching, as we did that also, to have an explanation why we were gone the entire day.

In July, during my first week of vacation, I spent the days at the driving school doing the crash course. There I filled my head with signs, laws and other useful information and got to drive around in one of their cars, training on traffic situations, maneuvering and getting experience with the model. My instructor had been a driving examiner previously, so we went to all the right places doing the things that actually came on my driver’s test later! Also, the school had the same kind of cars that would be used in the test, very nice.

In August I did the theory test one Friday, my father’s birthday actually, and the driving test the Monday after. This time I passed the tests without any problems, except that the driving examiner did complain on me not driving economically; I was being cautious as to not have the engine stall and thus was driving around on what I thought were good gears but apparently it was a disaster for mother nature. The car had a stronger motor than the one I was used to drive so I could have used higher gears most of the time, driving on lower revs.

The rest of the day was weird. First and foremost it was like a dream, getting a driver’s license is not so special, but after not having one for nine years… it was an odd sensation. Later when I sneaked out and drove my parents’ car I felt like a criminal, running away from justice, in a stolen car etc. This could have to do with the fact that I was still keeping it a secret, that I had a license, and desperately did not want to be seen. It was so secret that even though my older brother was living at my parents’ place during his vacation, he did not get to know until a while after.

I began pondering how I would reveal my secret, and the continuation of my plan started to take shape. I decided to get a car before revealing that I had covertly been driving around, which became a slower process than I had imagined. This because I had kind of ignored everything that had to do with cars, as it was something so far out of my reach, with no license and all.

Now it was completely different, I spent lots of time browsing all kinds of sites, learning learning about vehicle classes, brands, models, functions, prices, defects, servicing, taxes, insurance etc. My first test drive at a dealership took place at the beginning of September, a Ford Focus ’00, not really because I wanted to buy it but to get experience looking at cars to buy. It was a bit shaky as some of the wheels were unbalanced, with weights probably missing, and it cost more money than I had planned to spend on a car so nothing much happened there.

During the entirety of September I spent weekends test driving a plethora of cars. At one point I even pondered getting a completely new one, but pretty quickly calmed myself and decided to get a used one anyway. As I had never really had the need for a car before, it would have been quite stupid to get a brand new one, as I had no idea of how much I would use it or how to take good care of it. I still do not, really.

Almost exactly a month after I had checked out the Ford, after trying out numerous vehicles that failed to impress me, I went back to that dealer, got a lower price and a full tank of gas, and bought the first car I ever test drove! They had fixed the wheels and it fulfilled my requirements, so I was happy :) During this time I had told a few of my friends about my secret, as they got to help me get around to try out vehicles, and giving me advice of what to look for when buying a used one, though most still did not have a clue!

One week later, meaning last Friday, the church I am a member of had organized a car orienteering, you drive around with a group of people locating information to solve a puzzle, and when they called for drivers who had brought a car I shuffled forwards to place myself in line. It surprised at least a few people, and again when I told them I had had the license for two months… I never mentioned that I had planned it since six months though.

This weekend I posted a picture and explanation on Facebook to clear things up, and I am very relieved to have it out there now. Still, for some people (you!?) this post might still be the first time they get to know that I have gotten myself a license and a car! But then again, I usually try to be discreet about most things I achieve being too modest for my own good, so it should not come as a complete surprise either. 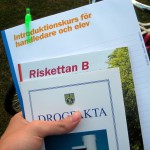 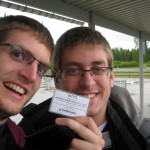 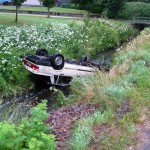 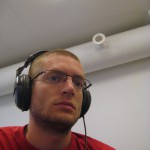 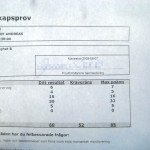 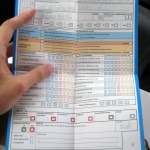 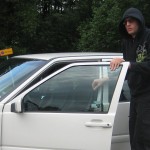 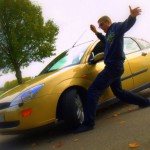 In afterthought this entire secrecy ordeal was a big pain. On many occasions when people funnily enough asked me if I would not get myself a license soon, I would snake out of the question with fuzzy answers suggesting that I was thinking about it (which I were, constantly!). It took a great deal of brain juice to keep this a secret and not lie, meaning I answered the questions truthfully while avoiding revealing what I had been up to, often playing on words and interpreting questions literally to my own advantage. Some people have to have noticed that! No? I must have seemed slower than usual :) In addition I had to reject a few invitations to social events due to the tests and studying which probably also seemed weird.

Right now I have realized that this whole business has taken up a large chunk of my mind the past six months, as my head now feels very empty… hopefully I will get cracking on my usual projects and other things I have neglected during this time! And I should really sort all the papers on my desk.