Posted on November 8, 2010 by Andreas Aronsson

A few months back I finally ordered a pair of Cobalt Flux dancing platforms. I had been dreaming about those since I first got aware of their existence, probably about four or five years ago. I imported them from the manufacturer in the US and the prize was quite humane even if shipping overseas got quite expensive.

They arrived the 25th of August and I unpacked and tried them out that same evening! It was very nice to be back on a metal platform again after having used various soft pads since my old platform broke. Dancing with shoes is so much more interesting as you get a better grip and can do crazy moves without slipping so much :)

Then, the fateful evening of October 13th, I was getting the platforms out from under my couch to dance off with my neighbor. As I was trying to be careful with my back while lifting I somehow managed to get my leg in the way when I lowered it to the floor. On the front of the platform there is a VGA connector which you plug the control box into. The control box was still attached so during handling the plug and the VGA connector simply broke off. The plug had acted like a lever and I did not notice anything until I saw it on the floor, and the realization of what had happened was not nice

I immediately emailed the support over at Cobalt Flux and I was told that it can be fixed in-house, but I wanted to do it myself as shipping it back and forth to the US would be pretty pointless due to the aforementioned cost. As I was bummed by the incident and plenty busy with other stuff I let it rest.

But then just last week I got the idea that I wanted to bring them to a gaming night for the teenagers at Church. I talked to a friend about this and the night before the event he came over to my place and we tore the platform down and replaced the destroyed VGA connector. I will detail how we did it!

In addition we tested the functionality of it before reassembling. Something that had us puzzled was that one of the panels responded super easily and also when pressing other panels. After suspecting the soldered cables being the problem we finally came to the conclusion that it was because we had not put in the screws yet. The screws straightens the materials, I guess, and after we had completely reassembled it the problem was gone :)

The entire repair took us a whopping five hours, including a few breaks then. This mostly because the Velcro was really hard to pry loose, and it took out it’s toll on our fingers for sure. In the end it all worked out and the next evening became a very fun experience indeed! The DDR/Stepmania station was probably never empty :)

Below here is a gallery of pictures taken throughout the operation. 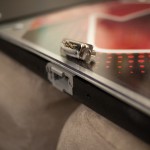 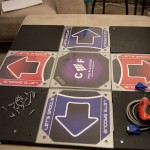 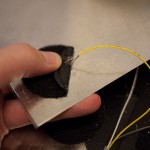 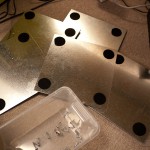 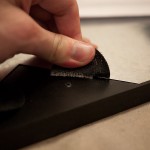 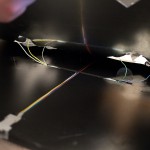 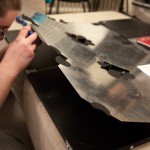 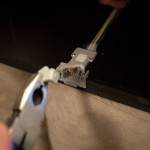 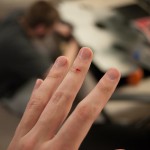 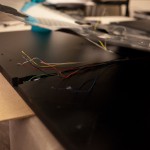 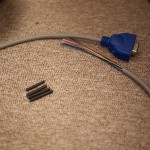 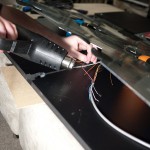 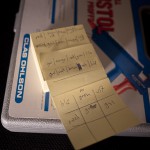 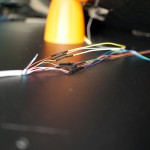 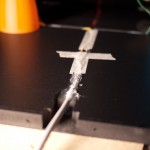 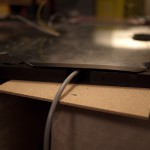 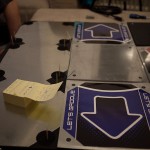 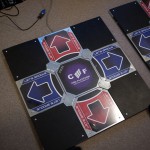 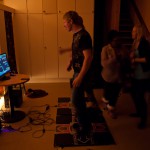 A small note. I have the Arcade kit on my platforms, which is the black covers on the corners and the metal holders in the middle. A regular pad goes without those, and for this repair it wouldn’t matter.