Posted on September 19, 2012 by Andreas Aronsson

This past summer I one day randomly decided I would try to realize a photo montage I had dreamt up during the off season, while it was still cold and the road road conditions were dangerous. In Sweden you do not ride your bike all year long, unless you can mount skis on it.

So, I went out on my trusty old motorcycle and looked for a good view, but it actually took me quite some time until I ended up at this beautiful beach. I had almost givven up at the time as the sun was getting closer and closer to the horizon at a rapid rate, but I decided to give it a go anyway! 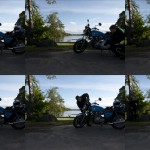 Lately I have had some discrepancy between what I see on the screen of my camera and the actual file output… it might be just a raw conversion issue but it annoys me. Anyway, this happened again and my pictures ended up much darker than what I thought I had seen while being on site, but luckily enough detail was in there so I could dig it out with adjustments. You can see the raws exported without any adjustments here to the right, compiled in a grid.

To take the actual pictures I just put the camera on a timer and ran about posing everywhere, making sure I didn’t bump it in the process or I would have to start over. Later in Photoshop this makes things much easier, as there are only minute adjustments to make to match the images. Then it’s just a question of masking out the different versions of me until it looks good!

Below is the final composite that shows more than the Facebook banner. One feature I would love in a camera would be to have a custom overlay, a template if you will, for projects like this. It would make life easier for sure :) 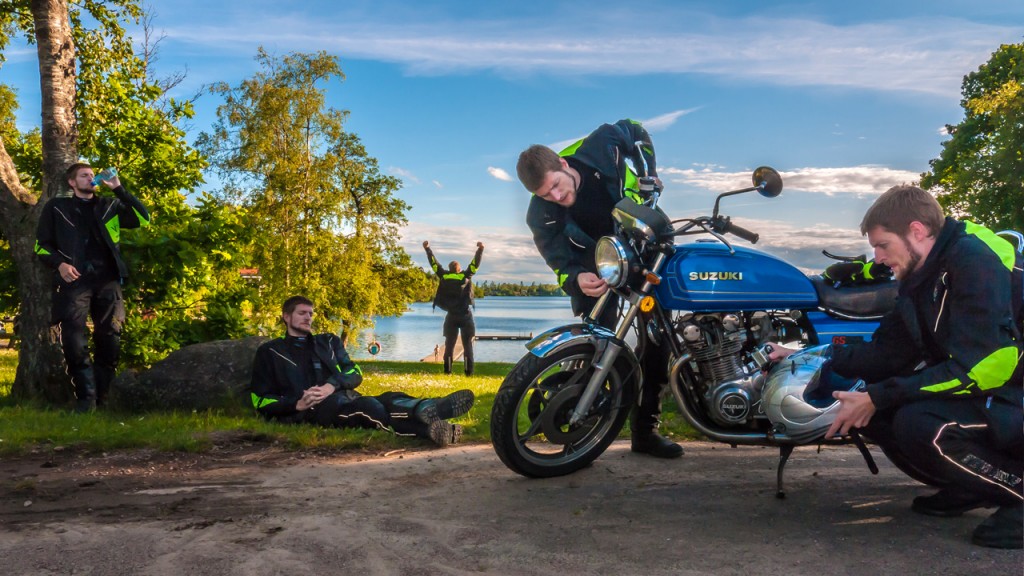 Also, off topic, I’m quite surprised WordPress scaled this image exactly to the width of my content wrapper. This intermediate size is not defined anywhere, only the max size is, which is larger. Unluckily this reminds me of that media being uploaded will eventually be too low resolution for the high density displays being manufactured now, good thing that interpolating and upscaling exists!