Posted on September 8, 2013 by Andreas Aronsson 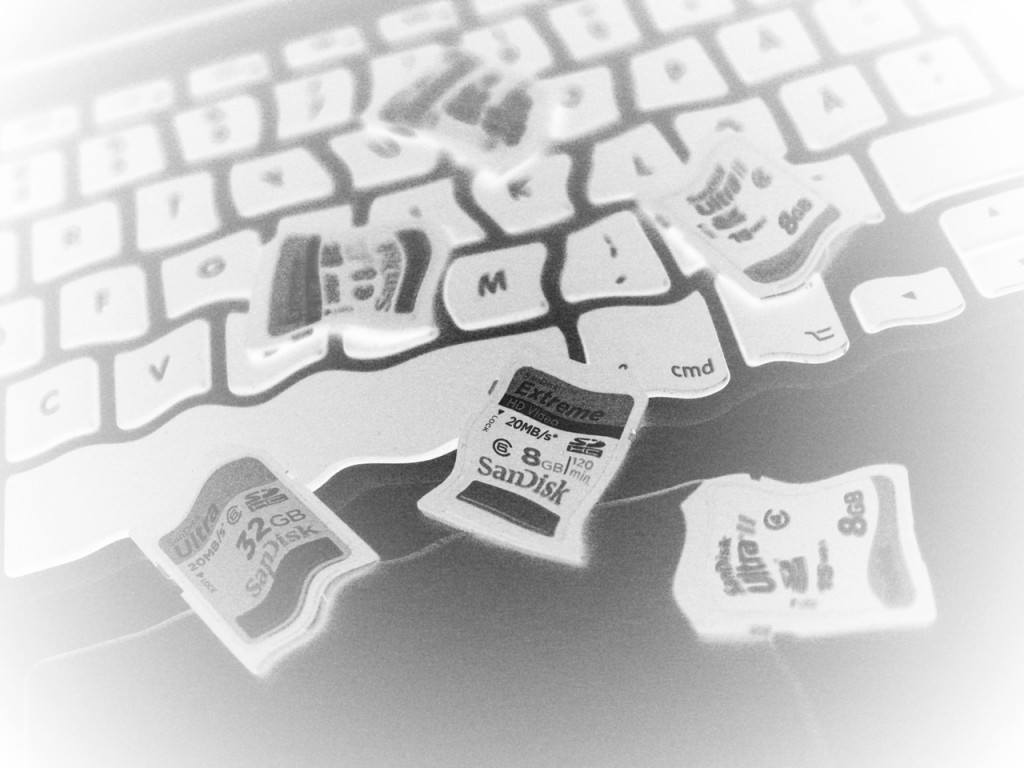 This season has seen quite a few weddings. I was engaged in helping out on two of them, and I have stories to tell from both. Things that are big fails in my life, but perhaps can be good lessons for more than myself :) Enjoy not being the one who did these things!

At this first wedding which took place just before summer I was going to film the actual ceremony for the first time ever, with a borrowed camcorder. I had planned to be there an hour in advance, but with everything that had to be prepared I ended up getting there just half an hour before the ceremony! The church was quite small so I didn’t think I would fit up front next to the altar, but in hindsight that would have been the best idea. Instead I placed myself in the benches and recorded their backs, duh.

Then I randomly decided to move to the back mid-ceremony to get a good shot of them leaving. That was a terrible mistake as I had forgotten to check the angles from the back, and there were pillars right next to the center aisle which meant I had to make my tripod super slim to not have a leg sticking out where they would walk.

In addition to the cramped space I got a second problem as I had adjusted the tripod legs to have the camera perfectly level in the benches where one or two legs rested on the thick aisle carpet. The rest of the time I had to balance the tripod on one or two legs, and as I now stood at the back I had to zoom in as far as possible meaning every little movement or shake was accentuated. I tensed up so much trying to keep the camera level and steady that finally my pulse would make the camera image bob, urgh.

I also recorded outside the church after they had walked about, but I had forgotten about the grooms running around the church and reappearing in the doorway after everyone else have gone outside, even if they were the first to exit. When I got out I was looking around like mad to see where the grooms had gone but they were nowhere to be seen, but apparently I looked haunted as people commented on it. I finally realized they would come out last, clearly the battle of keeping the camera steady previously had taken some mental toll.

A last stress factor were my GoPro cameras. I only had 8 GB cards in them which when I picked them up after the ceremony had been filled, which caused me quite a bit of worry until I could see what they had recorded back home, which incredibly was the entire ceremony with a very small margin! Phew. Sadly I put the front camera on the same side that the wedding photographer was which meant the grooms where completely hidden at the key moment. In all honesty there weren’t that many alternatives in the small church as the band was on the other side, but it feels like there should have been some other option.

This was a real disaster I dearly want other people to know about as to avoid it happening to themselves, personally I will never ever forget it. After the previous wedding I emptied my cards the way I felt was proper and safe. I copied everything to disk and then to another drive for backup before wiping the cards. No issues arose so it felt like a bit of overkill.

This time around I been a much more involved in the wedding so I was exhausted and so I decided to just move everything to an external drive, taking a risk to cut corners. It was working perfectly fine until Finder on my Mac permanently hung itself on the very LAST transfer! It was literally on the last file on the last memory card, truthfully.

I was unable to stop the transfer, unable to restart finder, unable to even restart my machine as it would just hang around showing a loading animation on a gray screen forever. A hard reboot later and I had an external drive containing all the wedding media which was unable to mount. I had actually attached a second external drive to do a backup too, but I figured I would save that for when I had everything I would backup, a dire mistake.

I brought the now unmountable drive up to my PC and noticed that it was accessible but read only. In a half panic reaction I quickly clicked through the Chkdsk dialog with automatic repair which had reported that the drive was dirty, this was the second grave mistake. Chkdsk promptly deleted my entire folder structure for this wedding, footage and photos from seven different cameras and audio from one audio recorder. Gone. All I had left was data chunks it had stored in a found folder.

At this point I was still not without hope as I figured I would just run an undelete software on my memory cards, as that would surely work just fine, I had that thought in the back of my head through all of this. Too bad I moved instead of copy/delete. Most of what I could restore were already corrupt files which had been partially overwritten, even if all I had done was empty the cards by moving files. Clearly moving files is different from just deleting, to my horror. Most photos were RAW too which means larger files that run a higher risk of corruption, many of them loaded as jumbled stripes of colors.

Luckily a friend of mine did the manual filming with his own camcorder this time around, actually the same camcorder I had borrowed previously, this meant all that material was safely stored back at his place. Sadly I lost most of the footage from three GoPro cameras, RAW files from three DSLRs where one was arranged for guests to photograph themselves. Some files have been possible to restore or partially restore, but even now a couple of weeks later I still haven’t gone through the restored files in detail, it’s just too mentally taxing. The biggest sadness is that they were originally perfectly fine files, the amount of regret is immense.

The first event taught me a bit more about recording video at a wedding ceremony, things that in hindsight have me do face palms. Luckily nothing happened that left much mental scarring.

This last thing kind though undermined my confidence in handling files or managing photography / video at all. It was quite the shock and trauma. I’m pretty fine now, but at the time it was heart breaking. So yeah, don’t do my mistakes :P

On a side note regarding memory cards, later experimentation has had files break even if I just deleted them. I filled a memory card with video, wiped it, and tried to restore immediately. FILEINFO.TBL had overwritten my large video file even though I had done nothing with the card, not even removed it from my machine… and here I thought I had full control of what happened with my card!

Perhaps I should just do what my mother does, copy the photos to my computer and just buy a new card when it’s full. I’d have to buy an awful lot of cards though!